At the event participants were building up valid business models out of ideas with the help of mentors and workshops. To the contest participants were coming from more than 15 countries involving the V4, Western Balkan, Eastern European and Central Asian states, making the event the most international online idea challenge in Central Europe. Some of the participants came already with a business idea, while many of them didn’t. They formed a team during the first day and started to work on their idea from scratch. 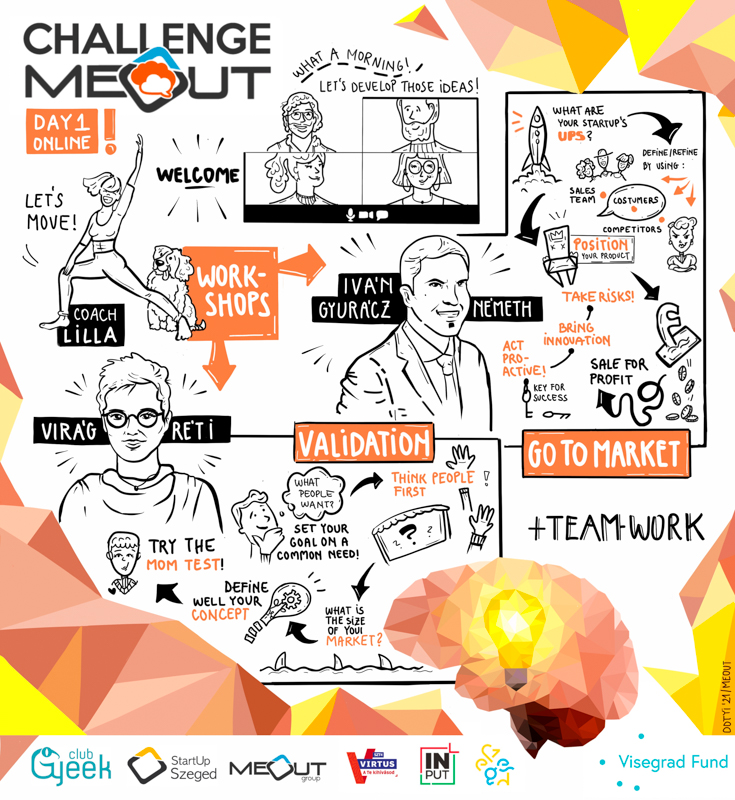 On the following days all teams were getting workshops from field experts and mentoring from our international mentor pool. The teams were working online on a virtual conference platform and managed to make valuable business models out of a single idea by the end of the event. Preserving health could not be missed either, as the morning started with online fitness. 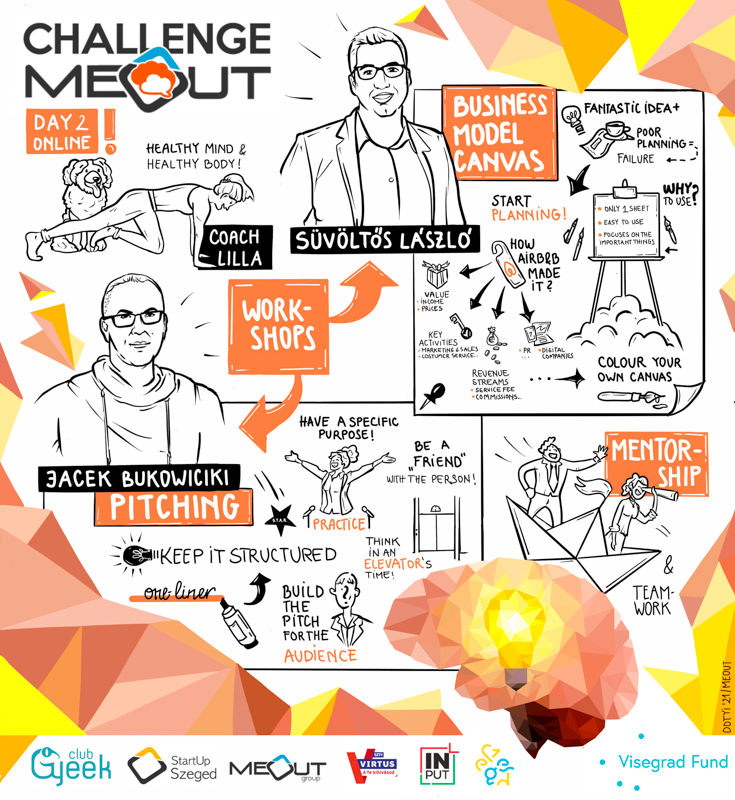 The event ended with a pitching day when the 8 international jury members were present, and where the teams presented their ideas one by one. Each pitch lasted 3 minutes followed by questions from the jury and evaluation.

This event was organised by GYEEK Club and supported by the International Visegrad Fund and City of Szeged. 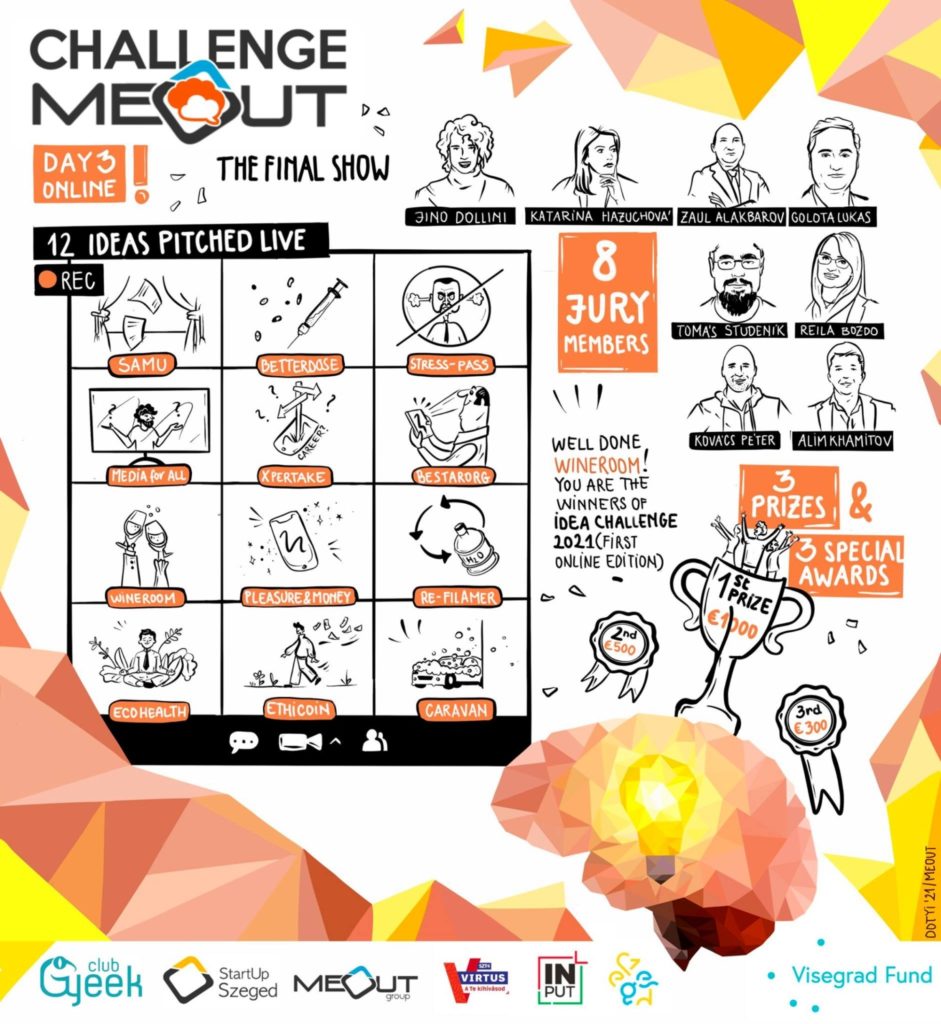